I visited my 29th country over the weekend, Singapore. My cousin, Saima, moved there a year and a half ago with her husband and I have wanted to visit ever since. Once I arrived to Cambodia, she quickly and generously booked my ticket. It is great having awesome older siblings. I took a half day on Friday and arrived in Singapore around 6pm. I had one goal for the trip, to eat as much as I comfortably could while seeing Singapore’s sights. 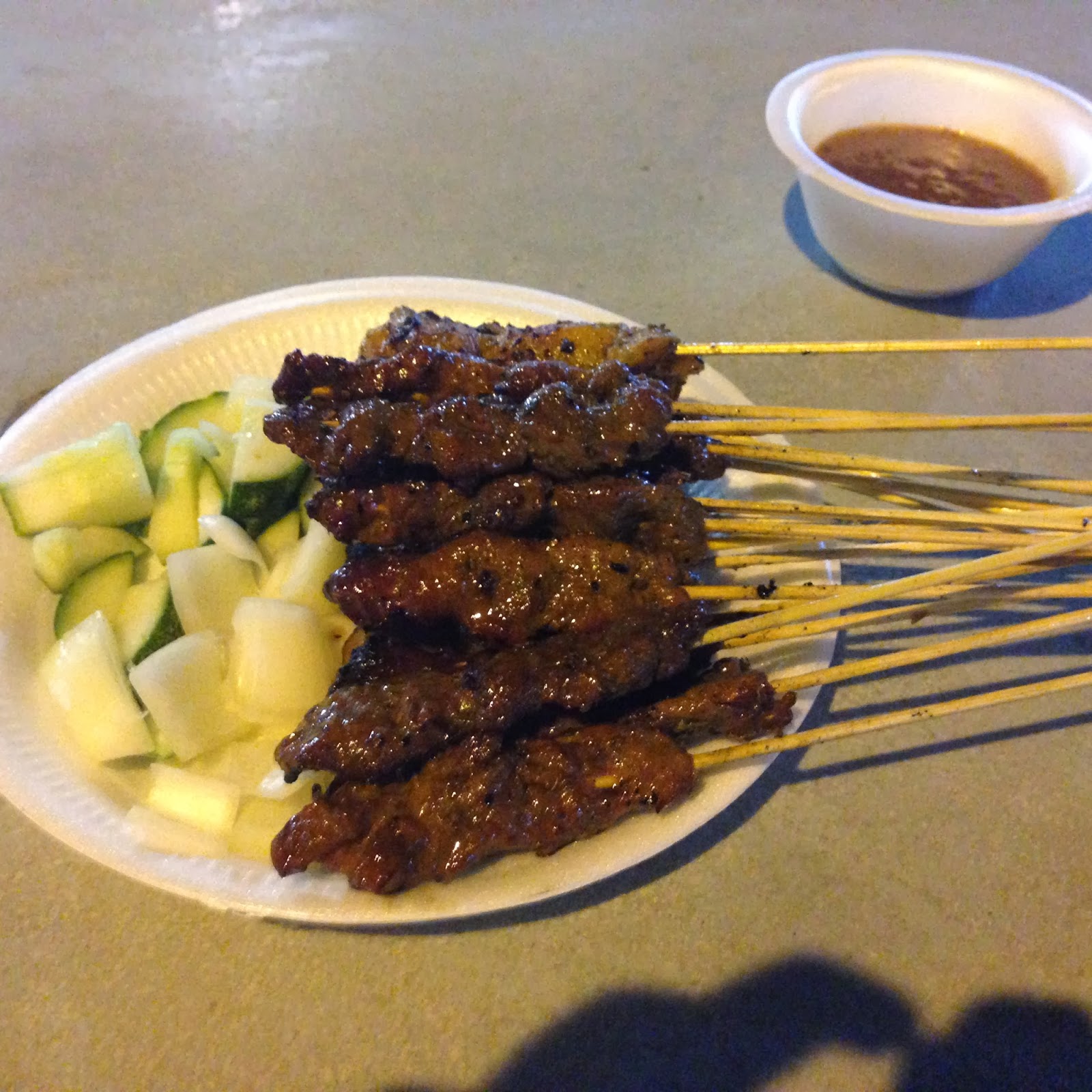 Saima met me at Changi airport and we took the MRT straight home to drop off my bag. I was so happy to use public transportation again! It was refreshing to be independent and not worry about bargaining techniques or language barriers. Our first stop was Satay Street near Lau Pa Sat market. This little street had about a dozen vendors comprising of Malaysian satay stalls, side dish stalls and beer vendors. We got a dozen sticks of chicken and beef satay. They were absolutely delicious and were a perfect introduction to my foodie weekend.  When most people think of street food stalls, they think of rodents and they assume their stomach will have a reaction. Singapore hawker markets are different. The country prides itself on its cleanliness and that is evident in the food stalls. Each stall displays their grade openly.  I didn’t see anything below a B during my trip. 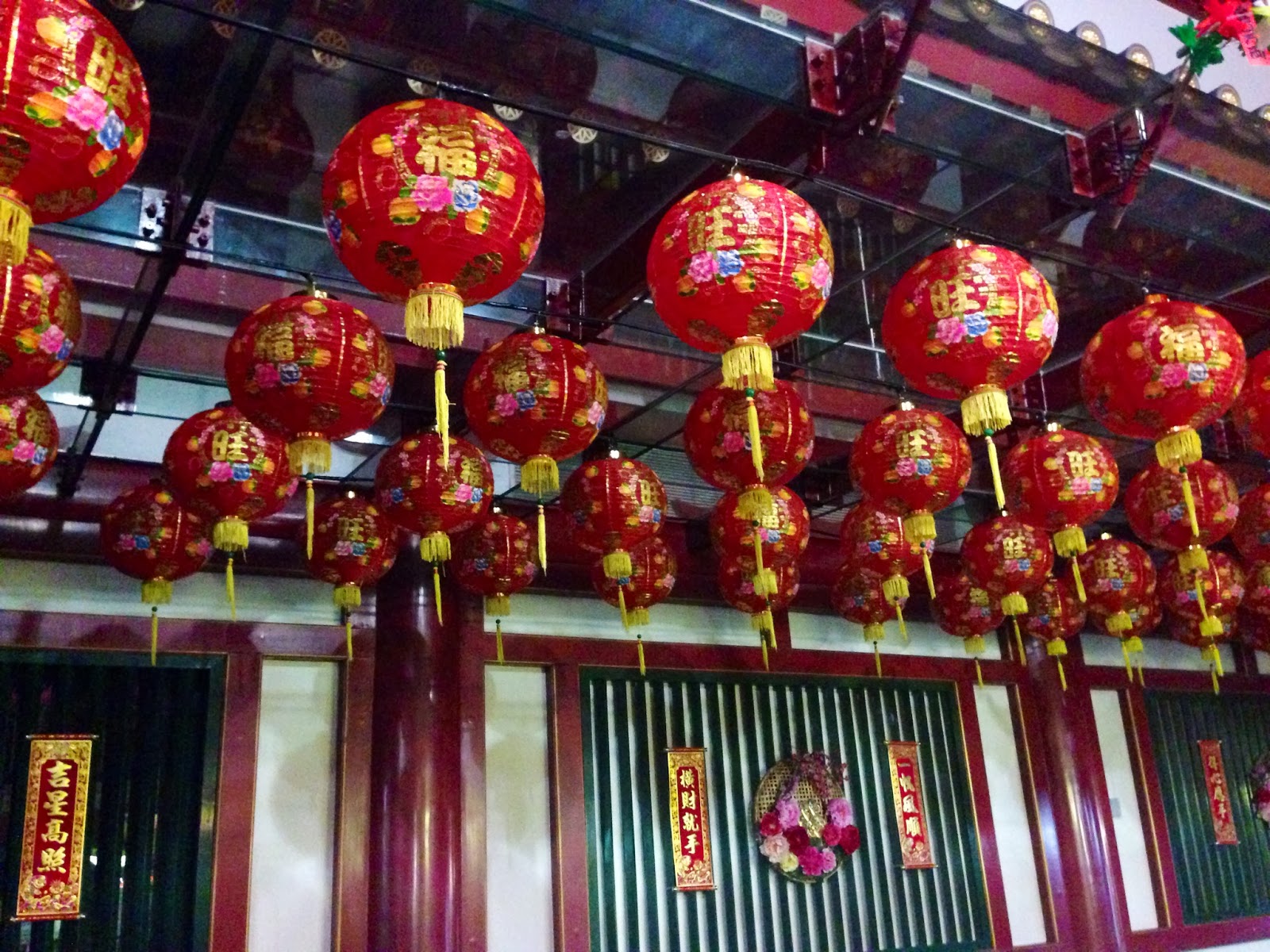 Our next stop was to Maxwell house hawker center for Tian Tian’s Hianese Chicken rice. Unfortunately for me, it was closed and I did not get to try Singapore’s official dish. I will just have to go back for it. We explored Chinatown en route to our next destination and It was filled with people shopping for Chinese New Year. They streets were beautifully decorated and there were red lanterns everywhere. We walked through Mosque street and its beautiful red and white buildings followed by Pagoda street with Jamae Mosque and Sri Mariamman Temple. We made our way into the night market and walked in and out of all the little side streets before stopping at our next destination, a restaurant within the market known for its Szechuan cuisine. We ordered shrimp fried rice and a beef pepper dish. Both were absolutely delicious. I even tried some coconut water but don’t really understand why people love it. Our last stop for the evening was Club Street, a street filled with bars and restaurants which is closed to traffic after 7pm.  I loved the energy and atmosphere here because it reminded me so much of nights out in New York or London with friends. 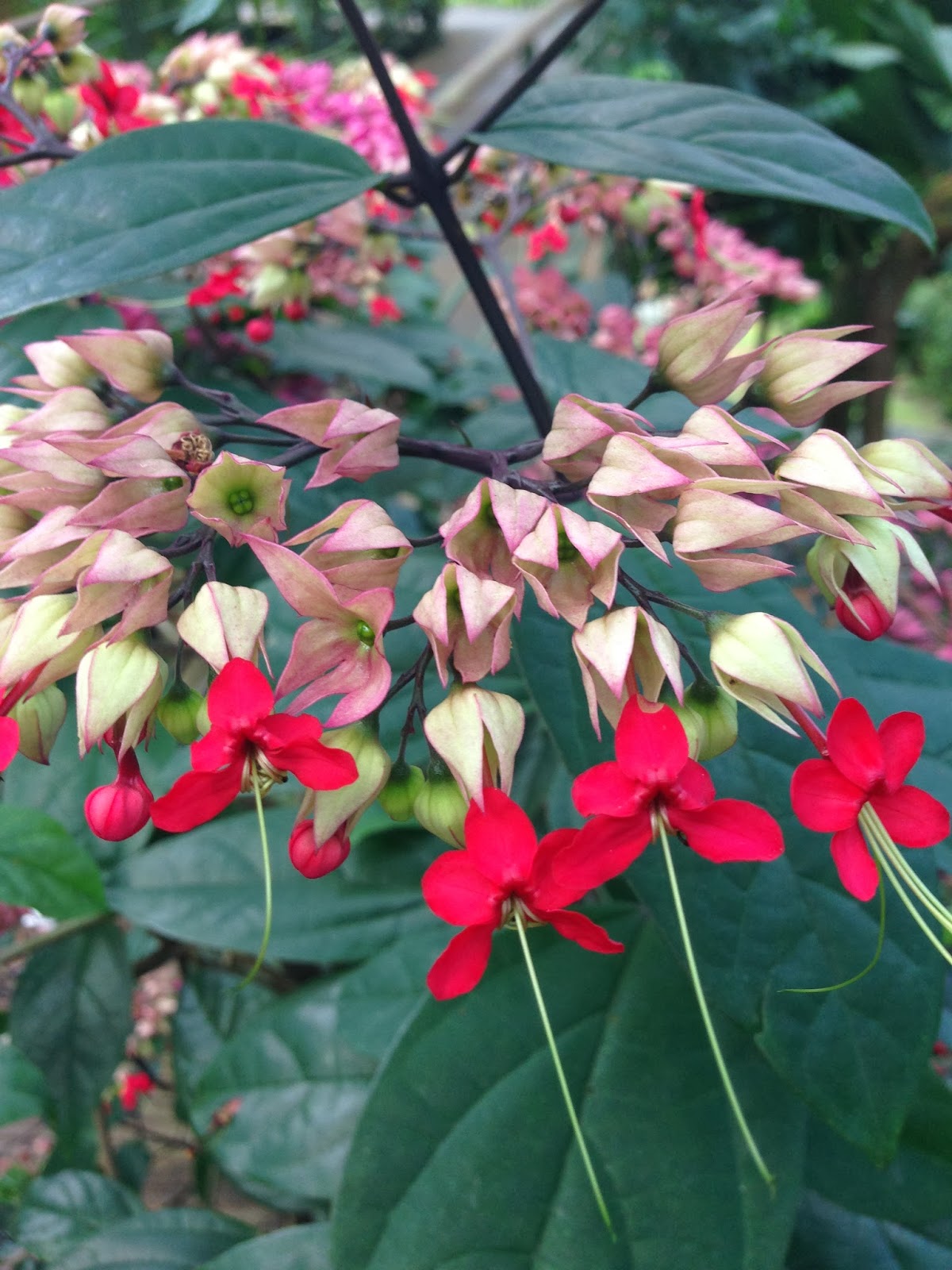 In the morning, we  headed downstairs in our pajamas for one of the best roti paratha stalls. This was a very simple meal of fried paratha stuffed with onions and eggs and it came with a side of daal. This was a quick meal because we wanted to get ready and start exploring. Since there are no public parks in Phnom Penh, I was desperately craving some park time so naturally we headed to the Botanical gardens for a lazy morning. The grounds are huge and free. There are beautiful sculptures everywhere. They also have an orchid garden and its costs $5. I left Arzi and Saima in the main lawn and went to see the orchids. They were beautiful and the garden had lots of great photo opportunities. Once I had my fill, I met up with my hosts and enjoyed lying on the grass and staring at the sky. Sometimes, you miss the simple things the most. 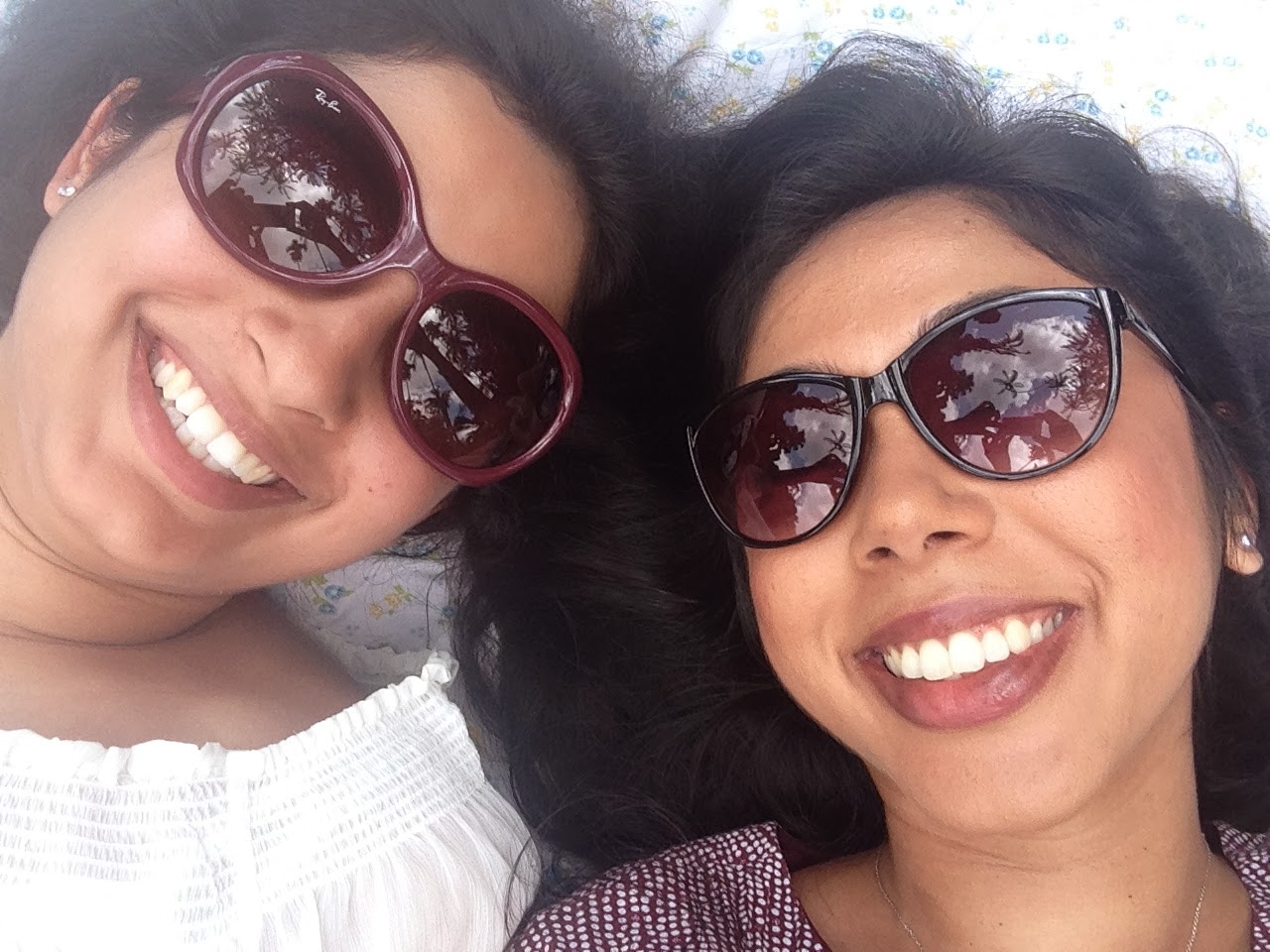 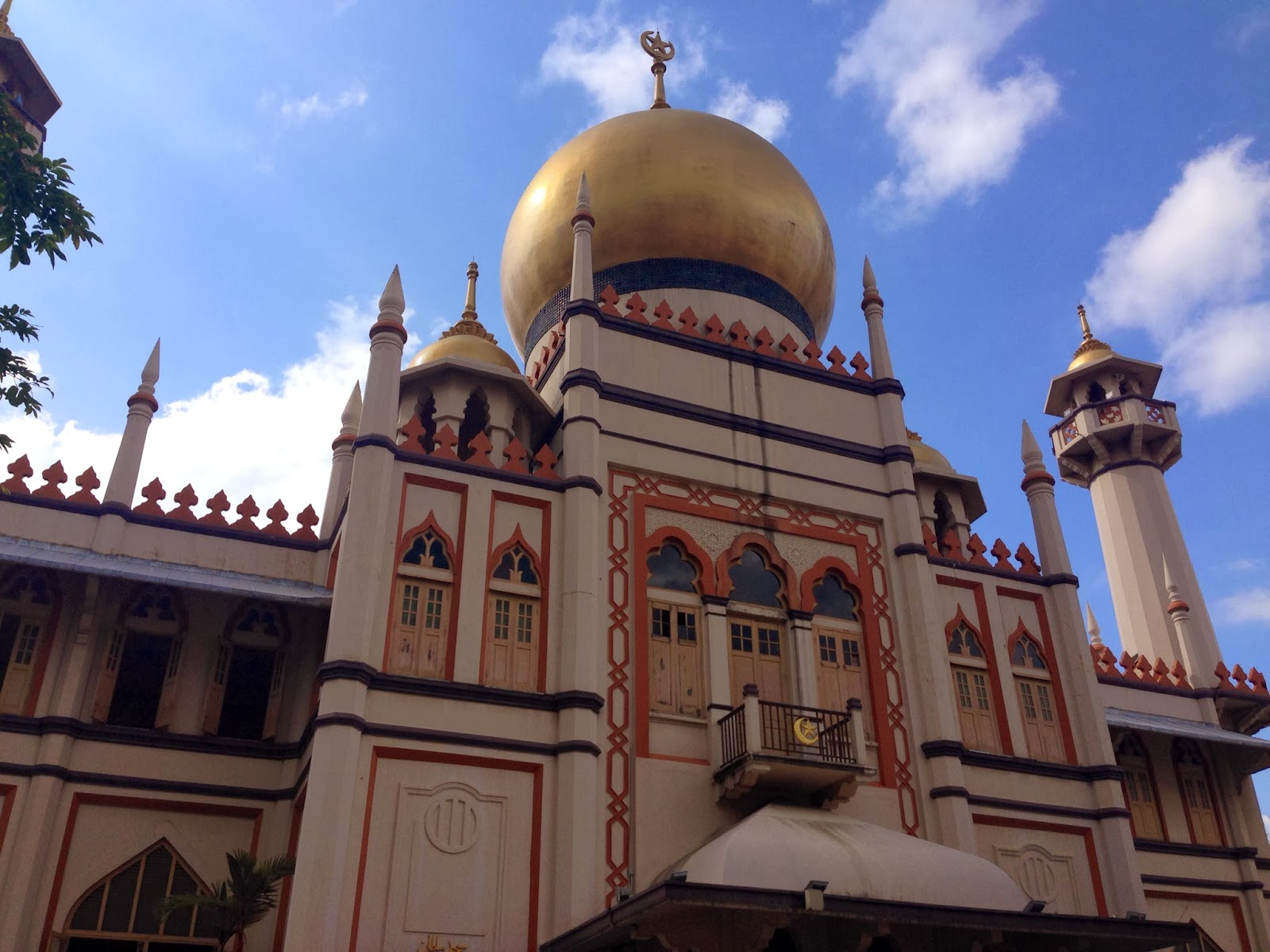 Our next stop was Arab Street. This colorful neighborhood is home to some of the best Middle Eastern food and Sultan Mosque. We came here for Usman’s nihari and kebabs. Our lunch was a great balance of spice and flavor and fulfilled my craving of mom’s nihari. The area also houses lots of cute boutiques and gift shops. I loved all the street art in this neighborhood, especially with the mosque as a backdrop. We were tired and decided to head home for a quick nap and wardrobe change for the evening. 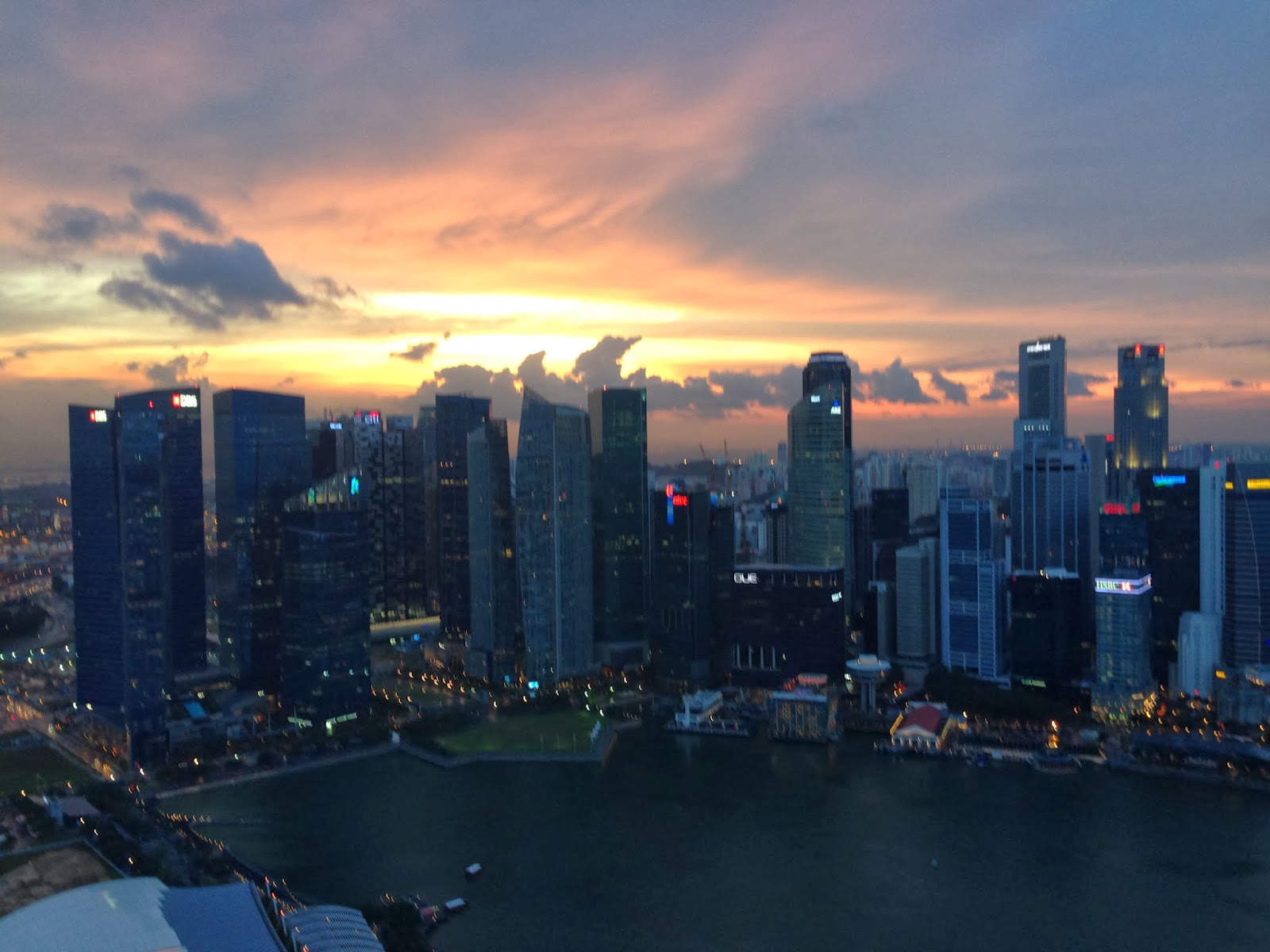 After maybe sleeping a little too much, we got ready to head to Marina Bay Sands to catch the sunset. We went up to Ke De Ta for nice views of the water and Gardens by the Bay as well as the Singapore Skyline. It was beautiful! The bar gets very crowded so we headed back down pretty quickly. Maria Bay Sands has three towers and a mall. The mall reminded me of the malls in Vegas- huge, beautiful and expensive. We had to walk through most of it to get to the water show. Every day at 8:00pm and 9:30pm, the hotel treats its visitors to a free show which involves fire, music and projections on the water. It is about 20 minutes long and not quite as elaborate as the Bellagio but a good show nonetheless. 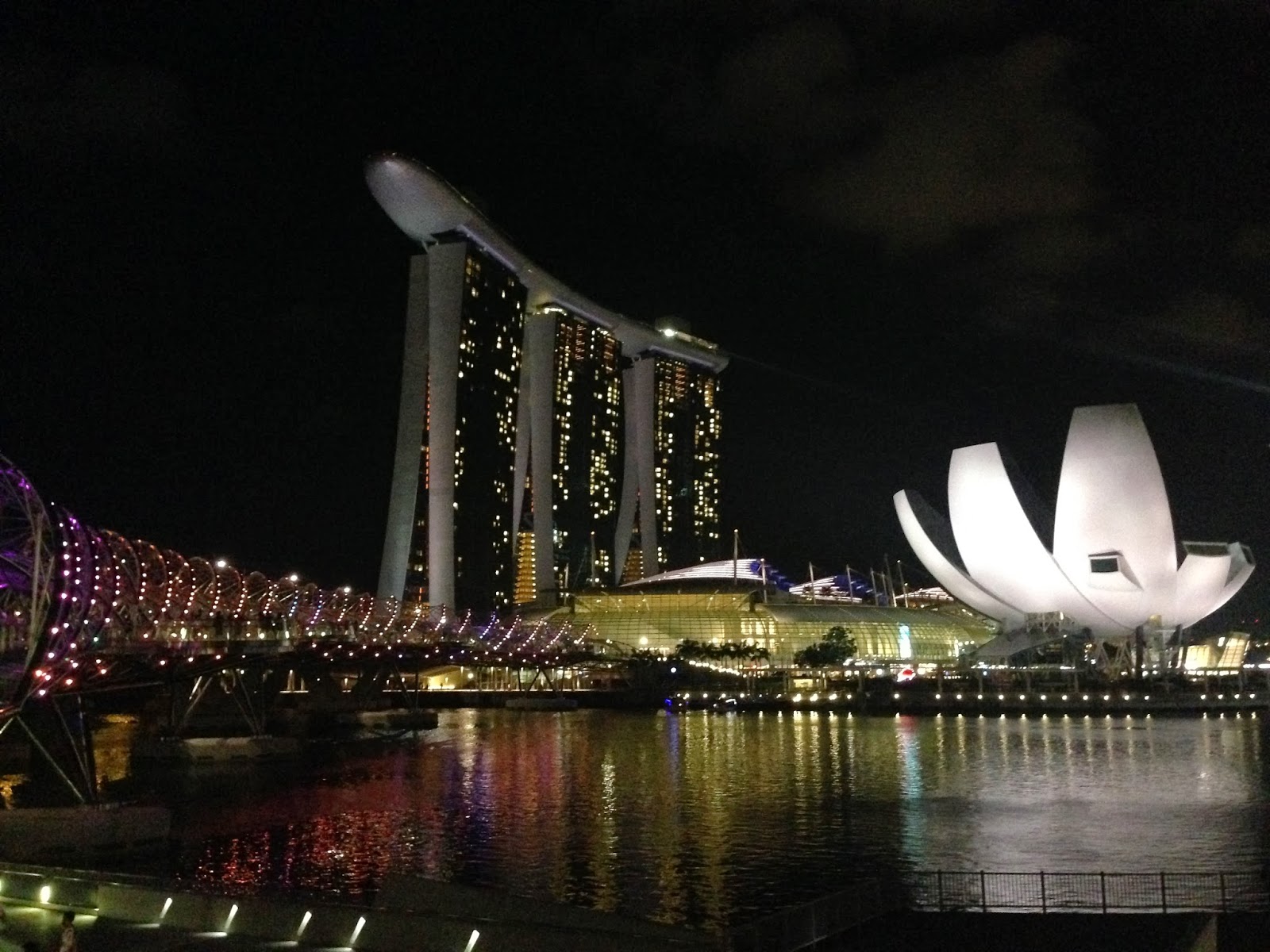 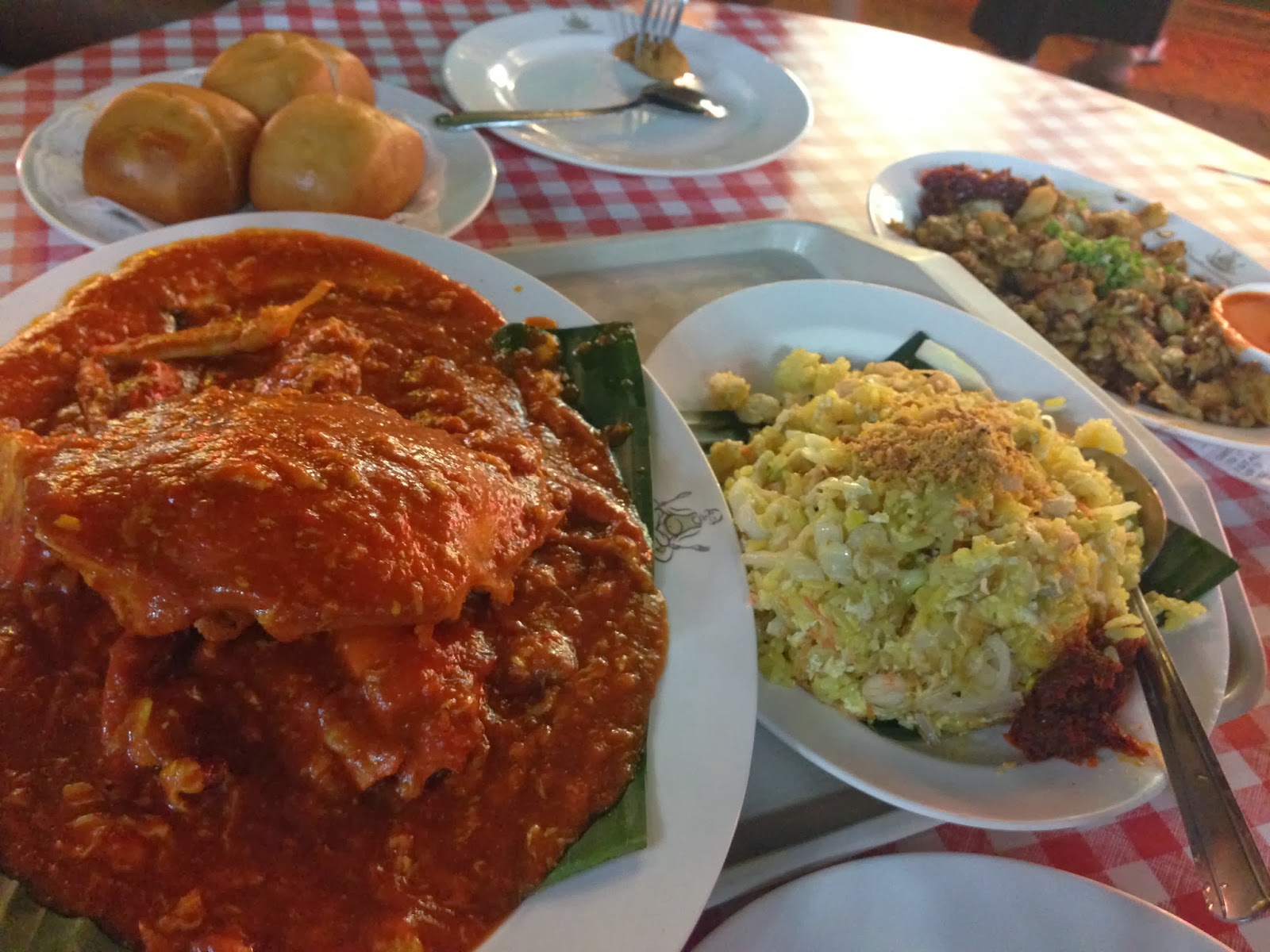 Next, we walked over Helix bridge and headed to dinner at Gluttons Bay. This is probably the best hawker center in the city because of its waterfront location and amazing food stalls. We opted for some chili crab, fried rice and carrot cake. Carrot cake was not our dessert. It is a radish dish with eggs, garlic, spring onions and turnip. You can also get it blackened which is with soy sauce. It was indeed a gluttonous meal but totally worth it. 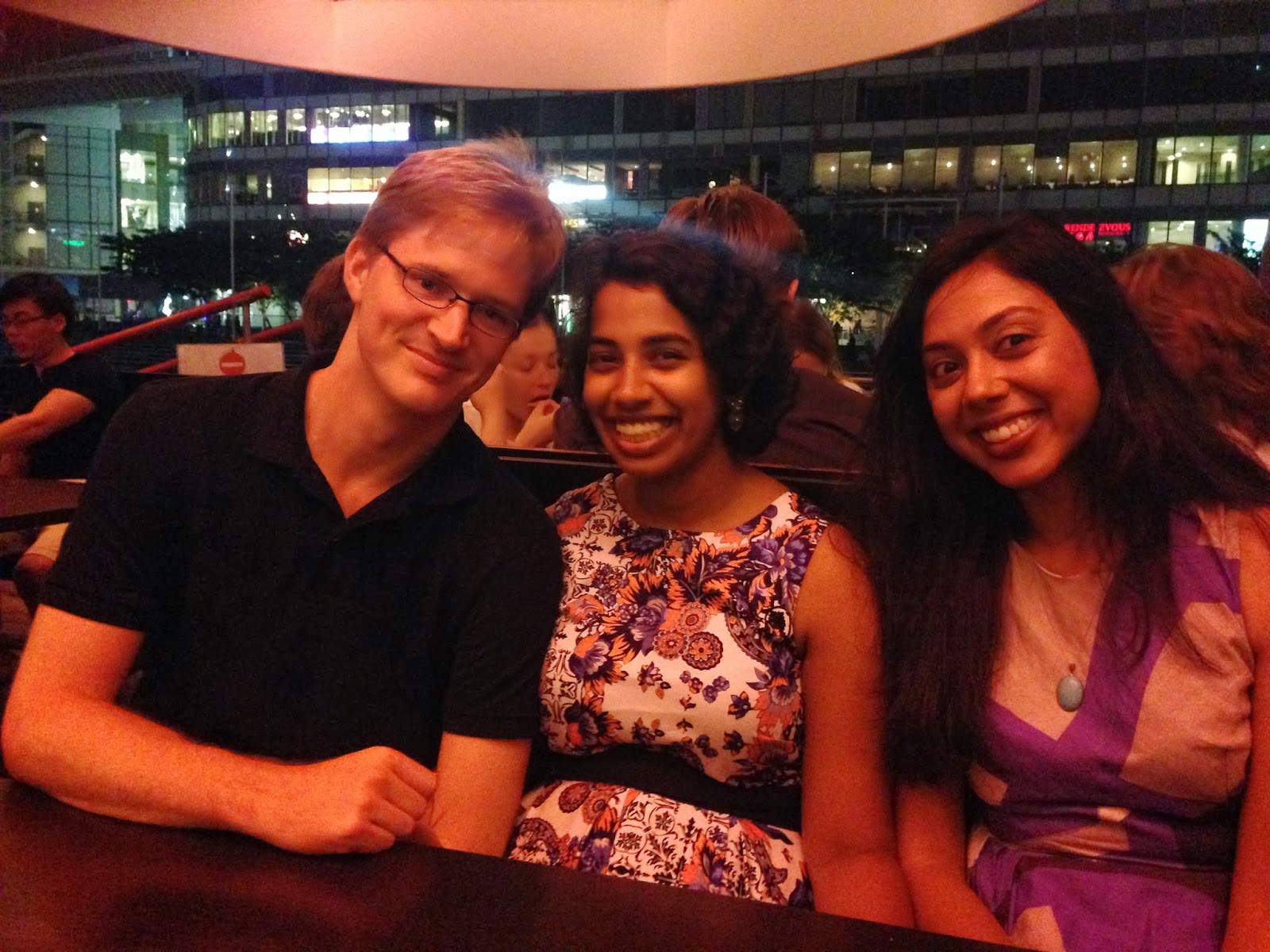 Gluttons Bay is conveniently located next to Esplanade, an outdoor entertainment space. We met my friends Priya and Paul here to catch a free performance. The band wasn't the best so we decided to head to Clarke Quay instead. It was nice to walk along the river and take in the skyline and views of Merlion park, which houses Singapore’s official mascot the Merlion. The Merlion is a half merman and half lion creature and is probably the oddest thing I saw in Singapore. Clark Quay is a nice waterfront area of shops and restaurants and it reminded me very much of Birmingham’s waterfront area. We sat and enjoyed good conversation by the riverfront before calling it a night.

Sunday
We started pretty late in the morning and headed straight to Shiraz for some Shawarma. I had the lamb and it was comparable to the cart guy in NYC. I think I covered almost every type of protein during this trip. After our brunch, we headed to the shops on Orchard street in search of some linen pants for me. I could not find a single pair in the massive shopping district. I finally gave up after an hour and requested to leave the neighborhood. I felt like I was running out of time in Singapore and didn’t want to waste my remaining time in a mall.

I was curious about Tiang Baru and since Saima and Arzi had never been I wanted them to explore something new with me. It is considered one of the oldest and hippest neighborhoods in Singapore.  We headed to its bakery for probably the best coffee I have had since moving to Asia. The baked goods were equally amazing. My blondie was so good, I was picking the crumbs off of my plate. We walked around the neighborhood and discovered an independent bookstore called Books Actually where I got some reading material for the trip back to Cambodia. I want to come back and spend a day exploring this neighborhood.


I loved everything about Singapore! I am a big city girl at heart and it was great to experience a large city with great infrastructure, public parks and public transportation. I ate to my heart’s content and was thoroughly spoiled by my lovely hosts. I know I will be back!
at January 14, 2014