We have 6 trips planned for the year but I wanted to finish off Costa Rica before our traveling for the new year begins next week.

Ahmed and I flew down to San Jose and met up with Chrissy and Z on Christmas. We rented a jeep and headed straight to La Fortuna. Took us forever to figure out our Spanish gps and, before we knew it, our three hour journey turned into a five hour drive in the rain through windy mountain roads. Well worth it though! It made us prepare for the next drive by reading up on our maps before we got moving.

La Fortuna's economy is based on tourism for Arenal volcano. There are tour operators and souvenir shops everywhere. Our hotel was pretty easy to find because it is the tallest building in town, a whopping 5 stories! We decided to try the local, or "tipical," food sold at local "sodas," which are like hole in the wall diners. And the food was delicious. The main dish you see in all the restaurants is called a casado and it consists of beans, rice, vegetables, and choice of chicken, fish, beef or pork.

The next morning we drove to the volcano, hiked a few different paths and managed to see the top of the volcano for a quick second (it was cloudy most of the day). The hike was great.  We came across  lots of local plants and flowers, a giant tree, and lava rocks. And just before we left the ecological preserve, a Toucan flew across the front of the volcano as the clouds began to part.

After lunch, we started our drive to Santa Elena for the Monte Verde cloud forest. This drive was completely different from our last because it was a sunny clear day. We drove around the northern half of Lake Arenal and saw lots of wildlife. The drive was absolutely beautiful but to the west of the lake it started getting bumpy. There's no way we could have made it on some of these roads without a four wheel drive. 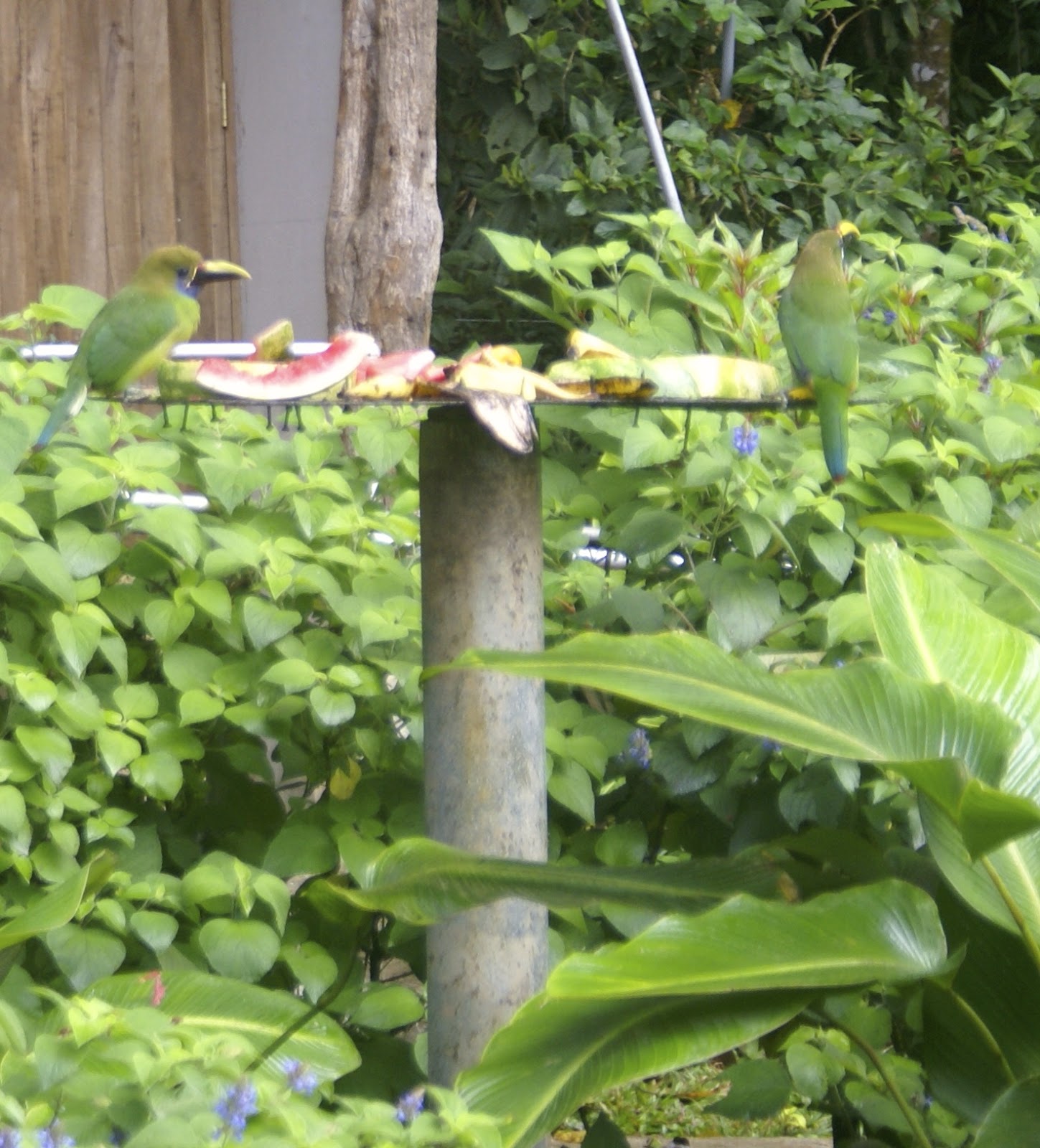 Santa Elena was livelier than La Fortuna. Much more character, many more people and lots of local conservatories for butterflies, insects, orchids, you name it. We spent the evening walking around, hit up another very popular soda for dinner, picked up some things at a local supermarket and explored the main square. The next morning we headed to Monteverde Cloud Forest which consists of 26,000 acres of tropical rainforest. The locals initially wanted to raze the land and develop it but eco-tourism allowed them to maintain the unique space and protect it. Our tour guide was fabulous and took his time telling us about the diverse plant life. During our tour, our guide spotted and showed us a Resplendent Quetzal. A rare sight. After our hike we stopped at a local bakery and chowed down on spinach and chicken patties. There were toucans hanging out in the garden in the back of the bakery.

Next up, zipling! We couldn't leave the forest without gliding through it. We went down 14 lines and a Tarzan swing. Each line was longer than the last and the longest was 2 miles. 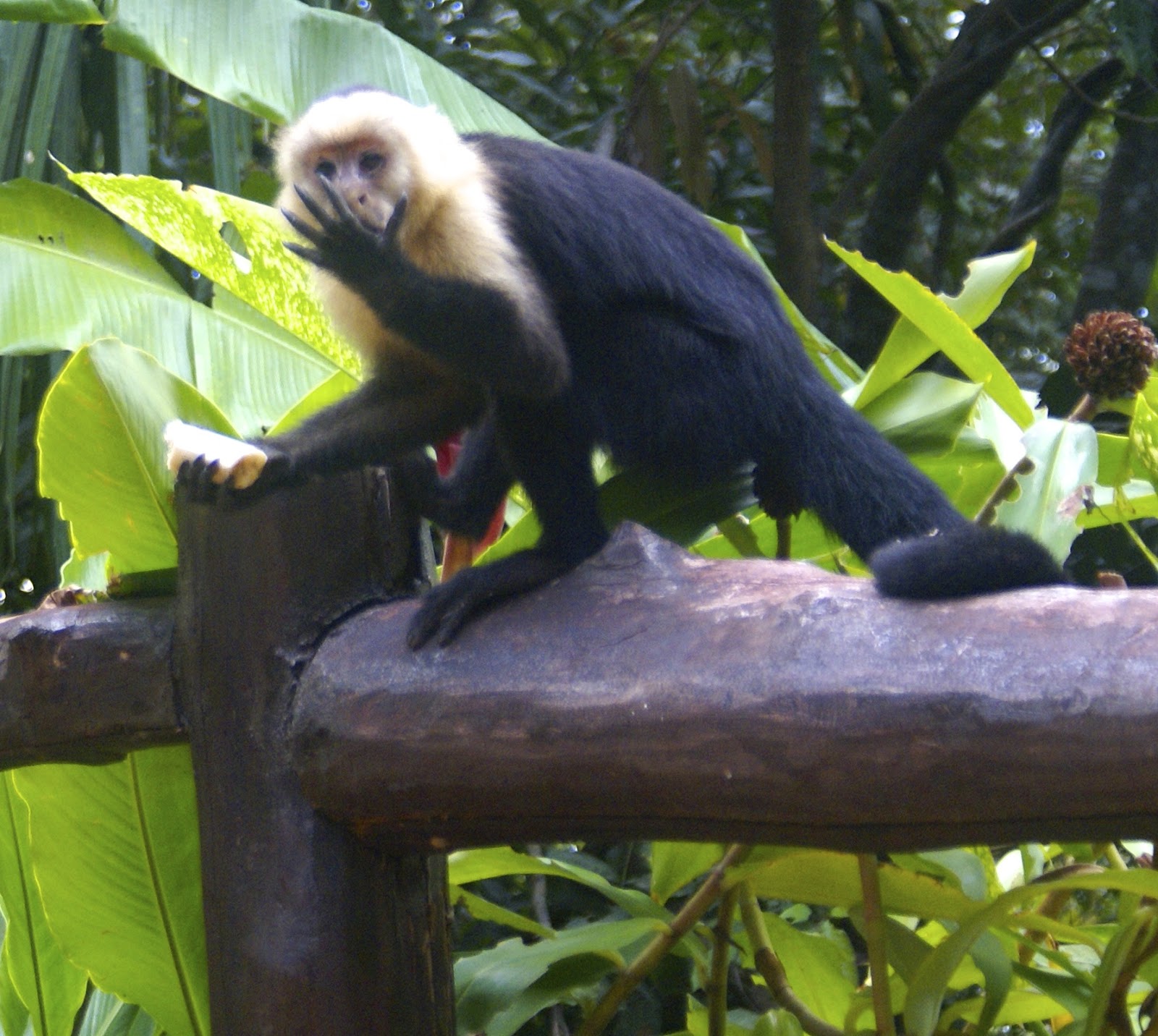 The next morning, we drove down to Paquera and caught a ferry to Puntarenas. This was the fastest way to Montezuma and saved us a good four hours of driving. The Nicoya Peninsula consists of lots of sunny beach towns. It was warm and beautiful everyday. Montezuma was packed with locals and tourists because of the holiday season. We got a bungalow by the ocean with monkeys, iguanas and exotic birds as neighbors. We didn't really do much except eat and sleep on the beach and in our hammock. One of the days  was spent in Malpais where we witnessed one of the most beautiful sunsets. Ahmed, who doesn't know how to relax, created a not so little shack for us on the beach while we soaked in the sun.

Our last stop on the trip was San Jose. But getting there was not as simple because of course something had to go wrong during our trip. We were on our way to catch the ferry back to the mainland and were a hour early but that wasn't enough. After arriving, we were told the ferry is full and we would have to wait for the next one which was 4 hours later. It really wasn't so bad. A few games of Bananagrams, some fried rice and conversations with locals helped pass the time. And fate allowed us to witness a lovely sunset on the Gulf of Nicoya. 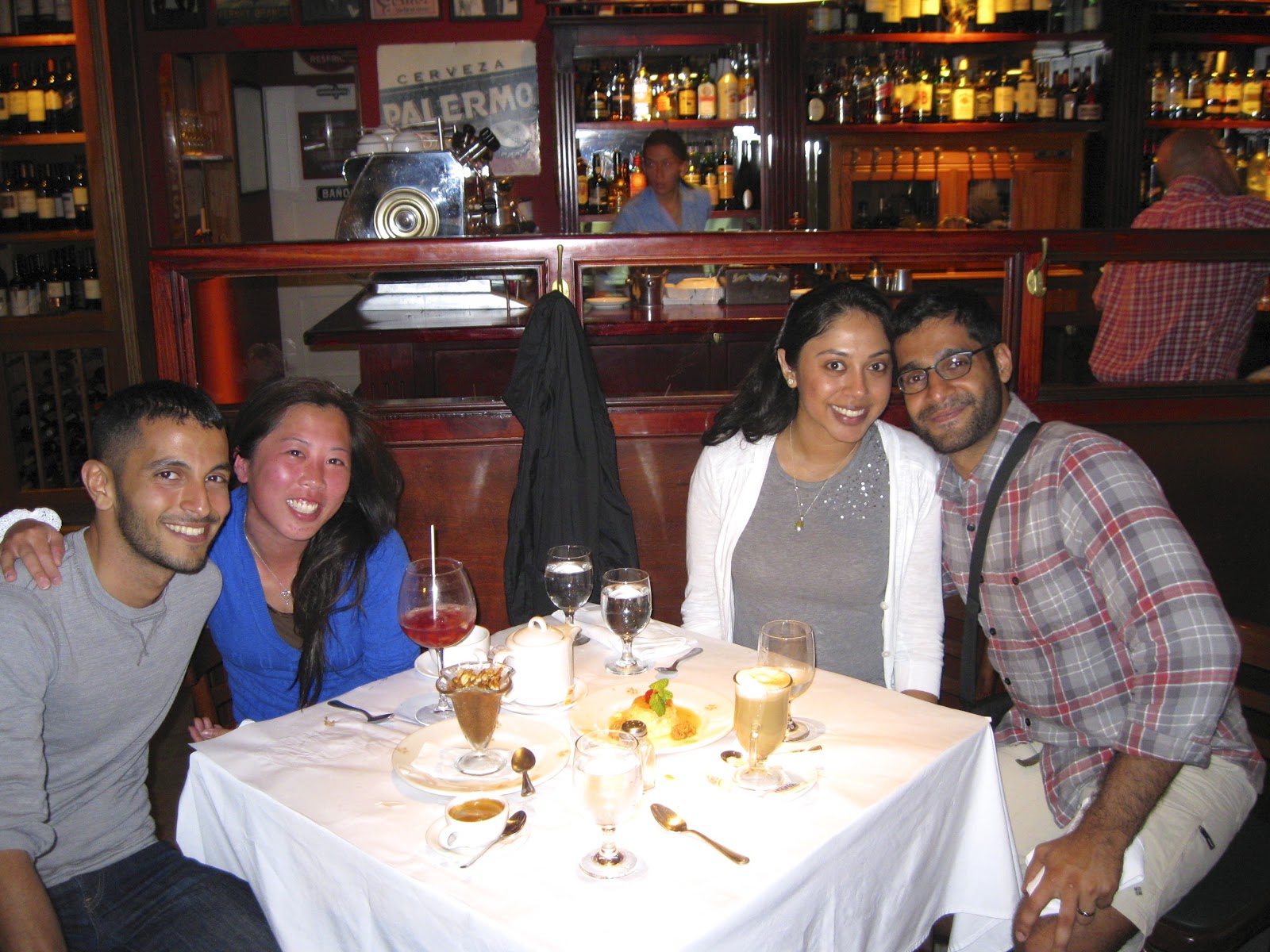 We got to San Jose and headed straight for an amazing last meal at La Esquina de Buenos Aires. This meal was heavenly. Not just because of the food though everything we put in our mouth was delicious. But the atmosphere made it feel like you were having dinner at your grandfather's place. Every one was laughing and everyone felt like they were family. It was the perfect end to our trip with the people we love.