The Faces of Myanmar

Before I tell you about my trip to Myanmar, I want to introduce you to the people that defined my trip. They welcomed me to their country with a smile and made me fall in love with Myanmar and its people.

While exploring a local park in Yangoon, we came across this monk and thought wow he is bad ass. At first, we were afraid to approach him but Jenny finally got the courage and asked if she could take a photo of him. He said yes and then proceeded to smile and have a conversation with us. He was our first introduction to the hospitality of the Burmese people. This picture also goes to show that the Burmese are not afraid to show their own sense of style, something we saw repeatedly during our trip. 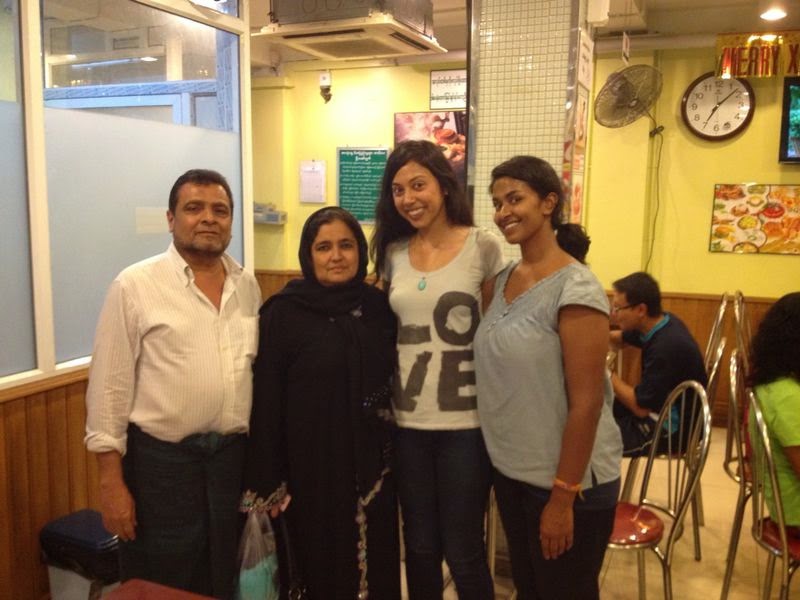 Meet Mr. & Mrs. Iqbal. I was exploring the food selection of a street vendor and wasn't sure what some of the items were and Mr. Iqbal sensed my confusion and just jumped right in. He not only explained what each dish was but he also bought our meal. Pakistan came up during our conversation and they were so happy to meet a fellow Pakistani! They began to refer to Jenny and I as their daughters. I told them I really missed Faluda, a delicious dessert from Pakistan, and they immediately said you have to come with us to another restaurant. We went and they ordered me a Faluda and insisted on paying for it. Their love and generosity were humbling. They also invited us to their home for lunch the next day but unfortunately, we were unable to attend. 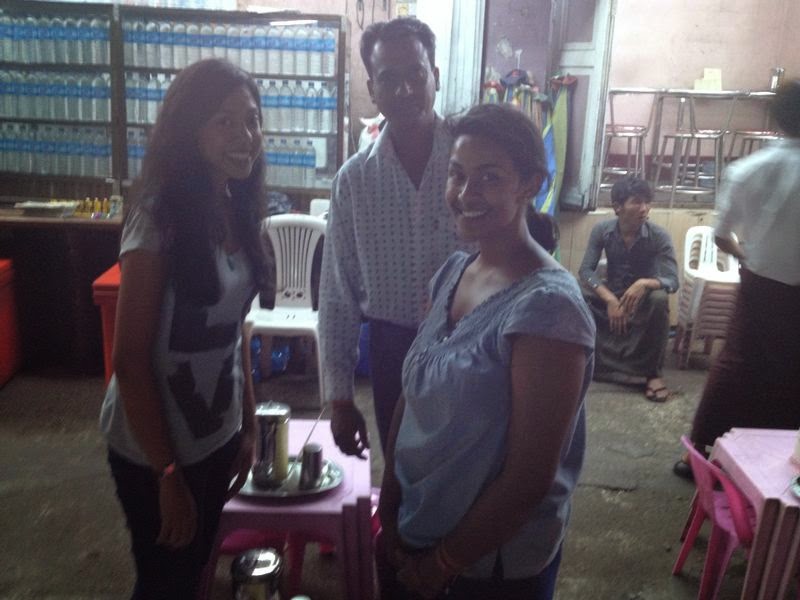 Similar to the story above, this man took a liking to us because of Jenny's Tamil origins. He was so happy to practice his Tamil with someone! Known to us as the sweet shop man, he invited us for sweets and we ended up having a 30 minute conversation with him about Myanmar and its treasures before saying goodbye. 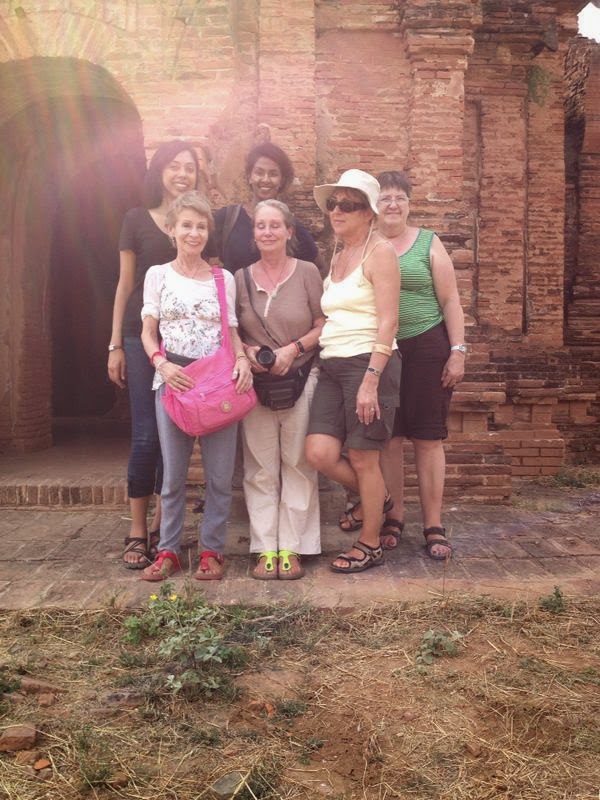 Silvia and Jutte (front left) were traveling from Germany and staying in the room across from ours in New Bagan. After Jenny said hello in German, they immediately took a liking to us and allowed us to spend the day exploring Mt. Popa with them. When we were leaving for Mandalay, both sisters gave us a big hug and blessed us so we would remain safe during journey. What I loved about them was their sense of adventure and openness to new things. Their two friends on the right were the exact opposite which made us appreciate Sylvia and Jutte even more! Their advice to us was, "always try new things and don't be afraid of the unknown."

We met this man on Ubein bridge in Mandalay. He asked if I was from India and I said no I'm from Pakistan but I can understand Hindi. He immediately welcomed us to his country and was so happy to meet someone Hindustani. He told us his wished he could go back to India for Holi but meeting us was the next best thing. His family has been in Myanmar for over 200 years and he dreams of his ancestral land.
Naively, I told him he should go visit and then he explained his reality. Uneducated and without a real job, he cannot afford to so he sells pakoras to earn a livelihood and settles for just his dreams of India. He gave us a batch of pakoras and we insisted on paying and he responded, "don't stop me from doing the little I can." He left us in tears. 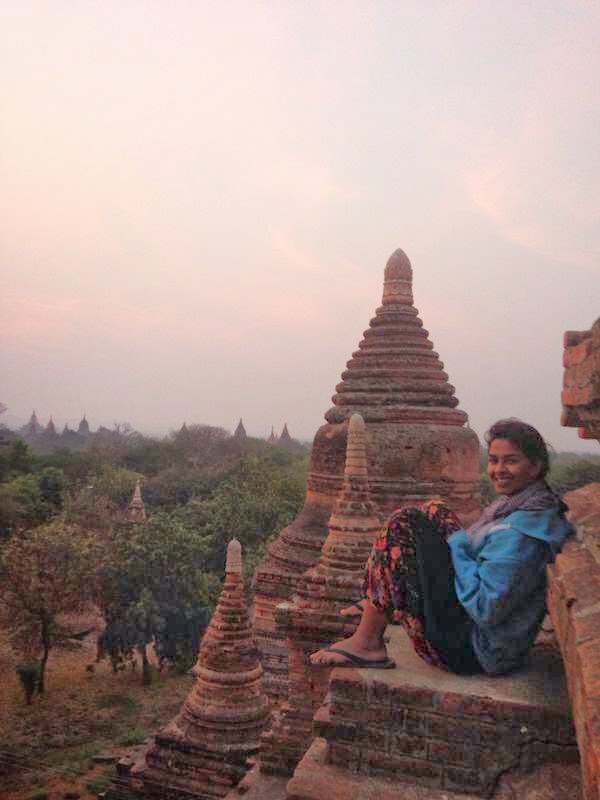 Finally, my trip would not have been what it was without Jenny. She taught me how to truly embrace new experiences and how to handle change. I have grown so much as a person because of my time with her.
at April 02, 2014